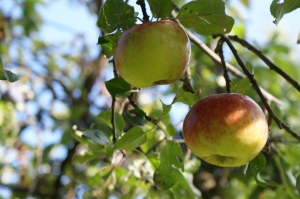 One of the recent conventions to our modern mode of existence is the overwhelming sense of entitlement that is attached to every single one of civilization’s multiple conventions. We (as a collective whole) feel entitled to sustenance, we feel entitled to a “happy life”, and we feel entitled to having things go our way, and we feel entitled to other people. Our ancestors experienced little of this entitlement, for it is only a recent development that the modern human has had so much leisure time. The average life of a human was mostly spent working and furthering his or her community with little time for self-development. This lie of entitlement was sold to the modern human through many different avenues (many of which are of irrelevance to this topic). The main avenue through which we receive entitlement is via the media we consume. The modern world has more media consumption choices from the past. Not only are we receiving a message from the television that throws entitlement at our face, but we are also receiving it through the Internet, daily. Facebook, Instagram, Twitter, and social media as a whole is a shotgun cocktail of narcissism that people down on a daily basis. People keep grubbing for “more” likes, “more” followers. They feel as if they are entitled for people to care about them for the sole fact that they exist.

The largest users of social media outlets are by and far women, who report to spend more time on these sites than men. Women are also the main beneficiaries of the “positive feedback loop” that these sites promote because they can get attention just for being female and having a nice ass without having anything of substance to add. A female of some attractiveness will get inevitably receive more “likes” “comments” or other forms of positive feedback on her pictures and posts by doting friends and inevitable male orbiters. Eventually, this feedback mechanism promotes a sense of entitlement by way of narcissism.

The Internet in it’s current state can be seen as a water sewage circulation system, in that it churns out mounds and mounds of complacency-promoting, politically-correct, counterproductive bullshit daily. This finds its way onto the aforementioned websites in various forms. One way in which this will happen is through a quotation on a site such as Facebook. One these quotes goes like this:

“Girls are like apples…the best ones are at the top of the trees. The boys don’t want to reach for the good ones because they are afraid of falling and getting hurt. Instead, they just get the rotten apples that are on the ground that aren’t as good, but easy. So the apples at the top think there is something wrong with them, when, in reality, they are amazing. They just have to wait for the right boy to come along, the one who’s brave enough to climb all the way to the top of the tree…”

This quote has a tripartite effect. 1. It artificially inflates girls’ SMV (sexual marketplace value), 2. It effectively eliminates a large share of the male population from sight as being inept, 3. It shames all participants in casual sex.

The Apple Tree states that if a girl isn’t being approached or actively seduced by guys, then she is simply too unobtainable. She is too worthy of the thousands of guys who happen to “overlook” her outstanding femininity and she is simply just too beautiful, inside and out. If a girl isn’t being approached and seduced by guys, she should just wait and one will come to her who is worthy of her. There couldn’t be any chance she just simply isn’t attractive, a bitch, or that she’s a ballbuster. Oh no. That would be unacceptable. Rather, she is just too elite compared to the rest of womankind, even her friends. All of the hapless guys who don’t want to climb up the tree just aren’t “man enough” to do it and thus will take all of the “easy girls”. She’s not an “easy girl” like those sluts, she’s a good girl. Of course, many hapless betas and AFCs will fail (not due to her absurdly ridiculous standards of course) but a guy will eventually make it to the top. “A normal guy“, of course. Those guys who didn’t try for her just got those sluts at the bottom who aren’t really “as good”.

The Shade of the Apple Tree

The Apple Tree convention effectively serves as a self-protection mechanism for females due to lack of male attention. It shifts the blame from the female’s presentation to the male’s supposed lack of ability to know a good thing when he when sees it. This is again, another repackaging of the “grrrrrrrrrrrrls rule, boys drool” blue pill drek that is accepted no questions asked by society and informs everything from terrible television shows to lopsided education policies. It isn’t her fault. It couldn’t possibly be her fault that she doesn’t has a boyfriend. She’s perfectly fine just the way she is. The Apple Tree shades those of the female persuasion by and leaves the male gender twisting in the hot desert sun, de facto. The Apple Tree encourages mediocrity in a female, she doesn’t believe that she has to do anything extra to get a man because she should be accepted how she is. The Apple Tree convention inherently discourages progression, self-reflection, and subsequent improvement in the female gender.

The Apple Tree is amphetamine for the hamster, in which it covers all areas of possible self-doubt and reaffirms the woman that she is actually not on the wrong course to attracting men. This also creates more intrasexual competition via solipsism that she is entitled to a tamable alpha male while the rest of her “friends” are not. She doesn’t need to change, the men just need to “man up” and try harder.

Even though the quote is not well known, The Apple Tree is the default modus operandi of the modern female. This is seen everywhere in dating profiles to the girls that hold out for alphas. The Apple Tree destroys the notion of dating being something in which both parties are intended to bring something to the table, but rather demeans the man to the role of court jester while pedestalizing women who have done nothing to elicit such unwarranted elevation of beauty and/or character.

The Apple Tree in effect reinforces solipsism, is another false projection about how men are incompetent and disposable, and justifies jealousy towards women who receive a lot of male attention because those women “aren’t at the top of the tree”. Due to all of these factors, the modern female can literally do no wrong in her own eyes. If anyone else thinks otherwise, they’re just deluded. The Apple Tree is inundated in our culture so much that it is accepted by blue pill males and women are 100% absolute truth.